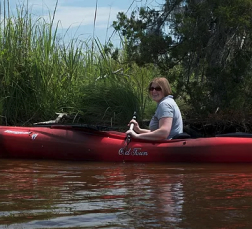 Paula discovered her love for the outdoors as a child through spending weekends camping, hiking, and fishing with her family. During her teenage years, family vacations moved from the Midwest to the Southeast and she fell in love with the coast. She received a B.S. in Environmental Science from Indiana University and worked for a few years in Indiana following her undergraduate studies. In 2011, she moved to Wilmington, NC to pursue an M.S. in Marine Science, which she completed in 2013. She worked as a Riverkeeper in South Carolina following graduate school and then held a summer position with the Rachel Carson Reserve in Beaufort, NC. Paula joined the Sturgeon City team in 2015. 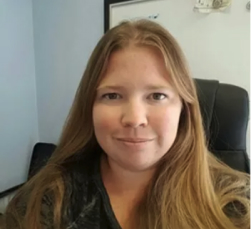 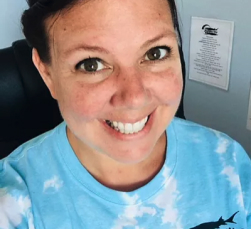 Jamie wanted to pursue Marine Biology after completing a marine field study on tropical marine ecosystems in Key Largo, FL with her high school Marine Biology class. While attending Rider University in NJ, she had the opportunity to complete an intensive marine field study on tropical marine environments, focusing on dolphin behavior in Roatan, Honduras. She received her PADI open water dive certification and OSHA certification. She was the research assistant for Dr. Mary Jo Hall for the department of Geological and Marine sciences at Rider, which led her to work on research on tidal dynamics, and complete extensive research on comparison of beach replenishment projects. She has presented her research at various conferences from Boston to Delaware. Jamie graduated Rider University with a B.S. in Marine Science in 1999.